home > about us > history

In October 1899, 173 arable farmers in Zeeuwsch Vlaanderen founded the Eerste Nederlandsche Coöperatie Beetwortelsuikerfabriek (the First Dutch Cooperative Sugar Beet Factory) in Sas van Gent. They launched their first cooperative sugar campaign in 1990, with the members receiving a better price for their sugar beet. Other growers soon began to see the benefits and followed their example: in 1916, seven cooperative sugar factories in the Netherlands were processing the sugar beet grown by their members.

Suiker Unie through the years

Three cooperative sugar factories merged their operations in 1947, to create the Vereniging Coöperatieve Suikerfabrieken (VCS). In 1966, VCS merged with the other, still independent cooperative sugar producers. By 1970, Suiker Unie had adopted its current structure. The original cooperatives disappeared and their members became direct members of Suiker Unie.

In 2007, Suiker Unie reinforced its position on the European market through the acquisition of the sugar division of CSM. In 2009, it acquired a sugar factory in Anklam in northeast German. In 2018, Suiker Unie bought a start-up, Green Protein, and Cosun Biobased Products became part of the Suiker Unie business group in order to maximise the value of the sugar beet and to work with an international network of innovative entrepreneurs.

Until October 2017, the European sugar industry was regulated by means of a common market organisation with fixed production quotas. We are now operating in a free market. 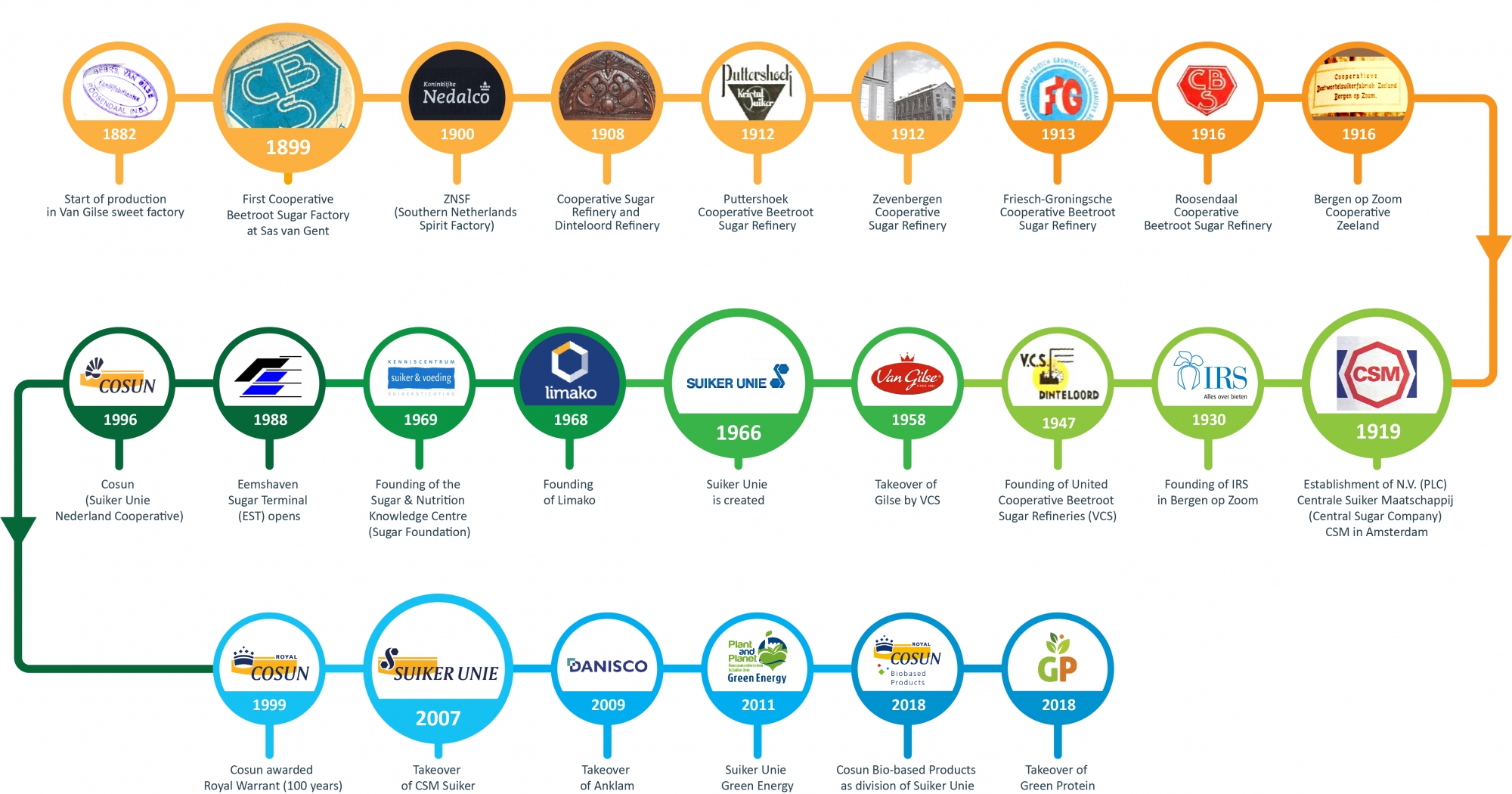